More Stories
"Everything I felt about my dad began to change, and my wounds began to heal." A Taking Back Ground participant writes of a long-sought breakthrough… 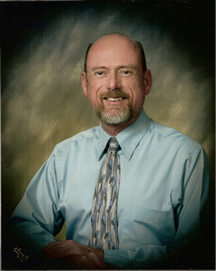 Hi Jason, I thought it would be good to fill you in on what God has been doing in my life since I started the program at PF, one year ago. Please keep in mind that my Dad and I have been estranged for the past two years. We have been estranged many times before by my choice, but the past two years have been by Dad's choice. Mom has been open with me and said many times, "Dad will never change his mind." Until last winter, I can't say that I minded.

While at PF, the Lord has revealed many things to me about myself and why I see men the way I do. I believe it was by last spring that I began to realize I had been a huge part of the problem with my Dad. I had hated my Dad and been angry with him since I was 5 or 6 years old. I hated everything about him – the way he walked, his hands, his movements, the way he talked, etc. Over the years, I have tolerated him but I rejected all the attempts he has made at bonding with me, partly out of my anger and partly out of the fear of once more being rejected. I just wasn't going to let him hurt me again. I had made a vow without realizing it.

Last December, I began to realize that I had been rejecting all male relationships outside the gay lifestyle. I had no healthy male relationships. As I became more aware of this, I decided I must break the cycle. I found myself at a holiday family reunion making efforts to speak with the men in my family rather than the women as I usually had. It was great. God seemed to be honoring my obedience. The men in my family responded well to me. In particular, I chatted with my Dad's younger brother Dave, a man I'd only just known the basics about all these years. But I did know he was a godly man.

In our conversation, Dave seemed to take interest in me. I felt something I'd not felt before, something fresh and healthy. Dave talked about his studio where he taught woodcarving classes. He had headed the five-year project to carve by hand all the horses for the carousel at a local park. All this fascinated me, and he took advantage of this by inviting me to give him a call.

Well, I procrastinated for several weeks. But I told my small group at PF about the encounter and asked them to hold me accountable to follow through with it. I knew deep down inside that this was important, but I was focusing more on the artistic exposure that I'd be getting which was also something that I had been praying about.

In February, one of Dad's sisters died. We held a family gathering in her honor at the Carousel Park. I never had to worry about running into Dad, since he never went to family gatherings. But there I was, once again, getting to chat with my uncle. He was as warm as ever and strongly encouraged me to come visit him at his studio. I was moved by his interest in me. It was so sincere and felt so healthy.

A couple of weeks later I called my Uncle Dave and set a date to come by his studio. (Need I even mention all the doubts and lies that entered my mind to keep me from going.) But I knew this was God's doing, so I went for a visit. When I walked into that studio my heart skipped a few beats.

What an inspiring place to be with all the carousel horses in all shapes and sizes in various stages of completion! I listened to him chat with some other visitors. He was so patient with them. Certainly not like my Dad would be. Dad tended to shoo away visitors. After the visitors had left, Dave spent a lot of time with me, showing me around this wonderful place. I was so inspired. I must have spent hours there with him and my aunt that afternoon. After touring the studio, we went into their home and there we had conversation about God and our relationships with Him. I mean we really had fellowship with one another! Dave commented, after a couple of hours, that he never really fellowshipped with anyone like that in our family and expressed how much he enjoyed it. So had I. I left there exhilarated. I decided that I would be taking classes from him by May. And I did.

As I spent time with Dave, I noticed his amazing abilities to encourage and inspire his students. I also realized how much he was like my Dad. I mean just like my Dad! He walked like Dad and talked like Dad. He used the same expressions and bent over to pet a dog just like Dad. But he was nice. Now my perceptions were being questioned. If I could like my uncle so much when he was so like my Dad – and all the things I hated about my Dad – then possibly I had believed many lies.

Over the weeks that followed, Dave and I continued to have the sweetest fellowship. A bond was taking place, one that was initiated and blessed by God. My mind began to clear as the uncanny resemblance between Dad and Dave became more intense. Many times I would be in the middle of carving on a project, and Dave would come to my workbench to give me some guidance and show me some helpful techniques. I would find myself looking down a Dave's hands as he guided the tools into the wood. But it wasn't Dave's hands; it was Dad's hands. It wasn't Dave standing there; it was Dad. And I began to experience an amazing journey in God's healing process.

Everything I'd felt about my Dad was being challenged. And the wounds began to heal. And I began to love my Dad and miss him. So what do I do now? My Dad's anger now kept me from him. I began to pray and to ask for prayer, for my Dad and the healing of our relationship. I've prayed for Dad everyday. Someone once told me that God would answer the prayers of those who are persistent. Then my Mom called me. I was just getting ready to go to Dave's to work with him. She said that Dad had tried to call me a couple of times the past week. My heart stopped as Mom continued, "Dad wants you to come to visit."

I waited until I was on my way to Dave's before I let all the emotions come out. I felt God had touched me with one of the most beautiful blessings a man could ever desire. When I got to the studio and shared this with Dave, he gave me a huge hug and we both got very misty-eyed. He was touched as well. I certainly feel like I have two dads now.

I had to wait until Sunday to visit Dad and Mom. Dad likes some notice and I respect that very much now. We had a very nice time. What I thought might be a 90-minute visit turned into 4 hours. There were times that he talked a lot about many things, but I prayed God would give me patience and an opportunity to tell Dad I was sorry for so many things. It finally got to the point where it didn't look like this would be the opportunity I'd prayed for. But just before I left, I was able to tell Dad how much I appreciated him having me over and how much it meant to me. He said he really enjoyed our visit as well. Then he said that he knew his anger had caused many problems over the years. He admitted his problems with alcohol and his selfishness all his life. Then I told Dad how sorry I'd been too, for how angry I'd been and I told him how much I appreciated him and Mom for all the things they'd done in my life- wonderful things.

This was truly a miracle. I told my sister about it an hour later. I happened to be driving down the road and she turned in front of me in her little ice cream truck. We couldn't believe the odds that we would run into each other while she was working. But I told her about how long I stayed at Dad and Mom's and what he said to me. Her mouth dropped open and stayed that way for a while. She was speechless. Thanks, Jason, for keeping this ministry alive and fighting the fight. It's so worth it! I pray others will experience God's healing power in their lives as I have.

God is setting me free. And I am strongly walking with God as a man. My name, Charles, means "strong, manly, man of God." My mother's maiden name is Freeman, and my last name is Walker. I love that. He is giving me an amazing song to sing.