More Stories
I always wanted horses. My dream as a child was to have a house in the country with lots of animals and land I could call my very own. If I only had these things… Then I'd be happy! 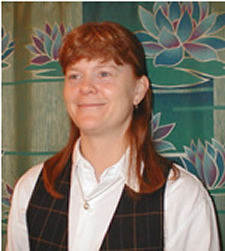 In 1996 I was standing on my back porch looking over my 20-acre hobby farm. I bought the farm with a friend, Joan, and her four children in 1991. I had a dog, a cat, three chickens, a rooster, as many as five horses at one time, and the cutest little pigmy goat you could imagine called Gabby. My dream had come true. I had everything I ever wanted. So why was I looking for someplace to tie the rope? It had to be someplace the neighbors across the street could not see me. I couldn't do it in the house for fear that Joan or the kids might find me. How horrible that would be! I had a wonderful friend in Joan. Most people go their entire life without knowing a friend like Joan. Yet my loneliness was consuming my every thought. I had a hollow empty feeling I couldn't shake. Alcohol, drugs and sex were only a momentary release. Nothing would fill the huge void I felt inside.

My family would never turn their back on me if I needed them. They were just a phone call away – though I did not call, I didn't ask, I never learned to share my pain. Instead, I learned to hide pain and anger. Growing up in a dysfunctional home of alcohol addiction and co-dependency, we learned to hide feelings and tuck them away and pretend everything was just fine. I even hid my pain from myself. I was totally confused and perplexed as to why I felt so useless and meaningless. Why can't I follow through with anything! The pain was so intense and I had no Idea why. Even worse, I was tired of trying to figure out why.

The closest ambulance to my home in Merrill, MI was at least twenty minutes away. I could call them and tell them there is a body out in the barn. As soon as I call I would go out to the barn. The rope would be set, all I would do is stack up the hay and jump! Since my pain was starting to consume everyone around me, I'd be doing them all a favor. I had it planned to the very last minute. It was about 15 minutes before I was going to make the phone call to the ambulance when God made it clear He had a different plan. He sent Joan home early that day. In fact, in the twenty years I'd known Joan, she had never come home early from her annual trip up north. Since I had no intension of being interrupted, I had planned this suicide an entire day before she was to get home. God brought her home not two or three hours early but an entire day. Wow... praise God! I did not tell Joan what she had just kept me from doing. I got up from the kitchen chair and walked out to the back yard. I looked up to the sky, raised my hands in the air and cried, "Lord help me, 'cause I am lost." Immediately I had a moment of clarity. Enough to realize my thinking was all messed up. I walked back into the house and began to call counseling centers until I found one that would get me in that week. A difficult task the week before Christmas!

Mercifully, God has delivered me from so many bad habits and addictions. Alcohol and crack cocaine controlled my life. I had a void in my life and I tried to fill that void with everything imaginable. Drugs didn't work except as a temporary numbing of the emotions. Sex became yet another addiction included in the long list of attempts to fill the emptiness. I continued to look to other people for my happiness, never understanding why that void could not be filled. Looking back I can see so clearly all the ways God was directing my path during this recovery process. In my twenty years of using, one could say I had a Ph.D. in addictions and treatment. I had been in six treatment programs and had four drunk driving tickets. All my adult life I questioned my recklessness and destructive behavior. At times I even felt invincible.

Through the direction of a truly wonderful staff at Insight Recovery Center in Saginaw, MI, I got the answers to all my baffling questions. Renee Wells, my therapist, earned my trust with incredible patience and a truly caring nature that could be seen and felt as I poured out my soul to her. I was learning so much about myself and getting so many answers but I continued to relapse. I would always go back to what was most comfortable for me. Learning about my past was very painful and the need to relieve the pain was more than I could battle. I had been in and out of a treatment center during the two years Renee and I had been talking. It was very clear that I needed a long-term program. I had no idea why at the time, but I was insistent on the program being a Christian-based program. T.E.E.N. Challenge was my first attempt. This was a year-long commitment. I was there only four days when I walked away. My brother lived only a short distance away so it was easy to walk to his house. I made two more attempts with T.E.E.N. Challenge. They even sent me to a location out of town the last time thinking it would be more difficult for me to walk away. While I wanted a Christian program, I didn't think much of their views on homosexuality. As a matter of fact I was pretty angry about the beliefs these Christians held. A seed was planted, though, and I received enough of God that I knew I wanted more. I wanted to learn more! I prayed and prayed for a couple of weeks that the Lord would reveal to me if my homosexuality was wrong, and if so, why? Typical addict that I was, I gave Him a couple weeks to answer my prayer and when I didn't hear anything I decided to leave T.E.E.N. Challenge. On the bus ride home I again began to pray that the Lord would show me another way to learn about Him. I entered a discipleship program offered at the City Of Saginaw Rescue Mission. It was there that I was able to daily immerse myself in Scripture. As a result, questions I had about my homosexuality since I was 17 years old began to be answered. I can't put into words the incredible sense of freedom I felt to finally have a clear understanding of my misconceptions surrounding my homosexuality – love vs. lust, attraction vs. desire, and lifestyle vs. perversion. This is where Jesus was really introduced to me, and I owe my life to those who supported that Rescue Mission.

I had stopped talking with my therapist when I entered T.E.E.N. Challenge but after about six months in the program at the Rescue Mission I asked if I could begin to talk with Renee again. They asked me if Renee was a Christian. I said, "I don't now but she seems like a Christian." As it turned out, she was a Christian. I mention this only to show how God's divine direction was with me throughout this entire recovery process from the day I called out to Him. I can see this so clearly now.

I relapsed yet again when I was close to graduating the discipleship program. I was very upset, but thankfully these Christians did not give up on me. I could not believe it! When I admitted I had relapsed I expected disappointment; what I got was love and praise for coming forth with the truth. I really wanted to make this work but how could I relapse after all I had learned? I was confused and ready to give up on myself. I prayed fervently to the Lord about staying in the program. To stay was incredibly humbling because I had to go back to the very beginning of the program again. What the Lord revealed to me was not what I wanted to hear. I had a secret that no one knew about me. Not even Joan, my best friend of 20 years. God was calling me to the truth and to a level of honesty I never would have reached had I not been studying His word. I had a secret the enemy had me convinced I'd never be able to talk about. God made it clear to me that I might never stay sober if I chose not to expose this secret. I had to talk about it. My secret involved compulsive masturbation and sexual issues related to sexual addiction. The shame was so deep; I could barely get the words out. As difficult as it was for me it was worth it because exposing the secret set me FREE! I was full of shame, but through this process of disclosure, God's grace began to literally pour out on me and I was truly SET FREE!

It is so obvious, as I look back now, how God prepared me during those four years to embrace honesty and to grow in understanding of him. In placing me on the solid rock of Jesus, God opened my eyes and faithfully answered my prayers in his perfect timing. First he sent me to Renee at Insight Recovery Center to show how the sexual abuse at age six affected my entire personality and vitality and how the dysfunction in my home affected my perception of women and men. Then He sent me to the Empowerment Program at the Rescue Mission in Saginaw where I was able to concentrate completely on God's word. In short, all my needs were provided for. Through two years of lessons I began to work through areas of pride in my life while learning what submission means and how to walk in humility. What an incredible journey!

That day back on my farm when I was ready to take my own life I cried out to Jesus. He held on to me and never let go. As part of my journey to greater healing and restoration, I began to look for groups in my area for people who struggle with same-sex attractions. I was surprised to find none. Ultimately, I had to go to Grand Rapids, MI which was three hours away to find an Exodus-affiliated group. When I arrived and sat down, the leader of the group was handing out information about the Upper Room leadership development program offered by Portland Fellowship. Immediately I knew it was God's will for me.

This program was a tremendous blessing for me and I to share with you that God has opened the door for me to direct a ministry in Saginaw, IL. Please come visit my website! www.inhisimagesaginaw.com Thank you for reading my story!