Walking in the Truth

More Stories
It was too painful to be rejected, and my convincing male appearance fooled everyone. So why tell? I confided only in girls I was dating, hoping they would protect my secret. 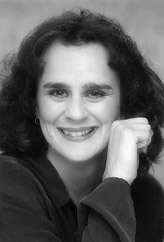 Even before entering kindergarten, I remember pretending to ride my tricycle to my imaginary girlfriend's house. But I couldn't tell anyone about her--weren't girls supposed to like boys? An even deeper secret was my strong desire to actually become a little boy myself.

Family life was dysfunctional. My dad was emotionally and verbally abusive and was detached from the family. My mom, on the other hand, was continually seeking nurturing from me. I soon learned that for her to love me, it would cost me a lot. Then, as a grew up, I was sexually abused which left me feeling of isolation as I had no one to talk to. The desire to become a boy burned even greater. As I got older, I began to live a double life. Wherever I wasn't known as a girl, I pretended to be a guy. And if someone said, "I thought you were a girl," I would lie and say, "That's my twin sister" (or brother, depending on the circumstances). Throughout this double life, I had girlfriends. It was hard to live this way, and the desire to become a man was consuming me.

I moved out of the house and began to live as a man at age 19. I initiated male-hormone therapy and was very excited. I remember thinking, "Now I'm free, now I'm complete." I changed my name to Keith. I had moved in with a family. The oldest daughter invited me to her church youth group. I wasn't interested, but at her insistence, I went. There was something there that I hungered for even though I couldn't describe it.

During one service there was an altar call. I wanted the changed life the pastor talked about, so I went forward. The next morning I woke up waiting to feel changed, but I didn't feel any different. I took the altar call again and again. Finally, the third time I said, "OK, Lord, I will do my part." This time something changed.

Eventually, someone in my church found out about my secret life. I was confronted by the leadership. Of course, I lied. The church contacted my parents. When confronted again, I told the truth. The church asked me to leave, saying, "We love you." It hurt to be rejected by those who claimed to love the Lord. And I wondered if He really did love me.

Once again, I felt I was on my own. And after that incident, it seemed best that way. Even though I sought out another church and attended, I had also found alcohol. It seemed to ease the pain. I had met a guy at the gym, and we became drinking buddies. My life was now complete--alcohol, pool, and chasing women. There was no time for church now.

Throughout this time, I always had a girlfriend. I confided only in those I knew I could trust, those who would keep my secret. Then at work, I met a Christian girl. We began to date, and after a while I told her about myself. She accepted me and wanted me to go to church with her. So I did. I gave up drinking for her, but I had a new struggle--pornography. It gripped me like a drug. I finally told my girlfriend about it, but she didn't know how to help. Soon after, we broke up. I quickly fell into another relationship, but I soon saw the pattern of my father in me. I decided I couldn't be that kind of man, so I left that relationship.

I became more diligent about going to church and joined the church orchestra. One night while on my way to practice, I heard the Lord ask me loud and clear, "Will you now? Will you now?" I had nothing to lose, so I said, "Yes, Lord, I will."

From that point on, He really began to work on me. I gave up drinking and was delivered from pornography. Sermons were hitting home, and I began to make room for God everywhere. I had truly let Him enter, and He was cleaning house.

The Lord brought a married couple into my life who became my spiritual parents. They encouraged me to get involved in ministry. I soon became a men's small group leader in the junior high ministry and a men's leader in the singles ministry; I was still playing French horn in the orchestra. I finally opened up to my spiritual parents about myself. They were grieved but accepted me and stood beside myself. Meanwhile, God began sending deep conviction into my life. I remember reading in the Word that our bodies were the temple of the Holy Spirit, and I wondered, "What have I done to myself?" After reading Psalm 139, I began to cry because it spoke of how God had created me and how He had known me from the beginning.

The pastor of the church learned of my situation and confronted me. After almost 12 years, here I was again. All I knew to do was to tell the truth, so I did. "I am a woman living as a man," I confessed. At that point, God breathed His Truth into me, and I knew if I wanted the relationship with Him I so desired, then I had to become the woman He created me to be. He gave me this scripture, Isaiah 41:10: "So do not fear, for I am with you; do not be dismayed, for I am your God, I will strengthen you and help you; I will uphold you with my righteous right hand." I stopped the hormones after nearly 12 years and eagerly sought out help. I then met with the women's leader at Portland Fellowship, and I participated in the ten-month program there. In the beginning, I had a hard time relating and felt really out of place.

That summer I went to the 1993 Exodus national conference. I asked God to reveal how I had become deceived about becoming a man. He showed me my wrong perceptions and beliefs--that women were weak and that men hated women. I had the mindset that since I was a woman, I was hated, and I hated myself. So I thought in order to be accepted by others, I needed to become a man. This way of thinking trapped me in a web of lies, but the truth revealed who I really was and how I had been created.

By this time, a woman had entered my life to disciple me. She was an example of how I wanted to be. For the first time, I visualized what it would be like to be a woman. But my mannish appearance reminded me that this might be impossible. Then God assured me that He had even this under control. During this process, I got a job as a man. But it was hard, working as a man during the day and then going home and living as a woman. I moved up the ladder, and the company sent me to a leadership class. While there I met a woman and became attracted to her. She asked me out, and I couldn't seem to refuse. Before I knew it, we were involved, and I was sinking fast. This relationship was feeding my hunger to be loved. Someone found me attractive and wanted to be with me. But it was difficult to walk in deception this time. I knew just enough of the truth to make it hard but remembered enough of the lie to entice me still. I began to drink again to numb all the guilt I was feeling.

I saw myself spiraling downward quickly and realized I could die in this place. In all exasperation, I begged the Lord to intervene. Two days later I was caught by the woman who had been discipling me. That seemed to bring about a quick change. I repented, and through discipline, I felt God very near. It was June 1996, and Exodus time again. During the conference, the Lord affirmed my femininity through people and workshops. After coming home from all the affirmation, I felt disoriented at my job. Two weeks later, I went to another conference in Kentucky on healing for transgenderism. Again I came home changed and went to work feeling disoriented. I realized that once again I was leading a double life. I began to look for a job as a woman. Everything kept falling through, but I decided to quit, with or without a job. A lady I had talked to about a job knew of my situation but she had no openings. One Sunday morning God told me to call her. She now had an opening and hired me. I began to legally change my name back to Kathy. One day after starting my new job, I was marveling about how God had changed my way of thinking. I was affirmed by God when He said to me, "You are who I created you to be, now walk in that." I continue to be amazed at how He has changed my thinking, my behavior, my belief, and most definitely my perception. "For you shall know the truth and the truth shall set you free." John 8:32.

"That is why I am suffering as I am. Yet I am not ashamed, because I know whom I have believed, and am convinced that He is able to guard what I have entrusted to Him for that day." 2 Timothy 1:12