More Stories
No matter how many friends I have, or how many people I can share my inmost thoughts with, there has always been a time in my relationships where I feel I have the right to say, "I don't really fit in here, do I?" 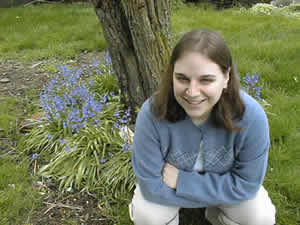 No matter how many people said they loved me, I have always found a way to prove them wrong. I have forever known the ache of not belonging, and to my surprise, I haven't been the only one fighting for my freedom. If it were up to me, I would put a tattoo that stretched across my forehead reading, "Don't even try – I don't belong here, and I don't belong with you." Deep down, I have always felt disconnected from the world, my world. From as early as I can remember, I failed to make a good connection with the people around me, namely, my family.

My parents got their boy nearly two years ahead of their girl, and they were hoping for the ideal big-brother-looks-out-for-little-sister relationship. My brother was a typical rough and tough boy, and they had hoped for a delicate and feminine new baby girl. But they soon found out that the word "delicate" wasn't in my vocabulary. I gravitated toward my brother's toys, even though I had my own. I preferred his kind of play, his friends, his gender more than my own. I was… a tomboy. I hated dresses and feminine clothing, I wanted nothing to do with barrettes or hairbrushes and I liked competition. I was not the prissy or frilly little girl I thought my parents were hoping for. I say that because they were always trying to get me into dresses, and wanting me to play with dolls. But I just didn't want to. I felt like a bad daughter because I didn't follow the stereotype, but my strong will would not allow me to be something I felt I wasn't. And this was only first grade.

It was right around this time that I met Adam. He was on the coed basketball team, and as friends we spent time together outside of sports. I soon found myself role playing with him things he had seen at home — sexual things no child should see. Adam innocently introduced my body to the world of sexual activity. This continued until he moved away in the third grade, but it didn't end there. Something very hard to suppress had been awakened inside this little girl, and once Adam was out of the picture, I learned that my tiny town had no shortage of boys who would be interested in what I had been experiencing. Looking back, I realize that these situations left me "branded", and I believe that boys could see in me a victim before they ever spoke to me. Needless to say, I became a magnet for trouble. I went from one boy to the next through grade school and into middle school looking for acceptance, but ending up with only physical attention, with some of the encounters not being by choice. I quickly surmised that any boy who was interested in me, wasn't really interested in me, but rather in my body, which only made me feel disconnected from my peers.

After countless run-ins with males, and no real positive results, I decided as a seventh grader that I needed to stay away from them. Boys were problematic any way you sliced it, and if I stayed away from them I should be okay. Since the beginning of my life, I had been raised in a Christian home, and I had a strong sense of conviction and the Holy Spirit. I knew right from wrong, and I wanted to be proactive about it when I had the choice. So I made an inner vow to never touch a boy again, until I was married to one.

Most of my friends early on had been boys because of my tomboyishness. I had some girl friends, but the relationships never went too deep. If I was now going to cross boys off my relational list, all I would be left with was girls. With my background of having many boyfriends, it never crossed my mind that someday I could fall in love with a girl.

Because of my abstention from sexual activity all through high school, yet having found no real solution to my need, when I graduated I realized I had a problem. The only outlet I could think of to solve the problem was pornography. So I took this newfound baggage with me to Bible college, knowing ahead of time that there would be no place to store it.

I soon discarded the porn, but knowing I would have to replace it with something else. Within six months I was sleeping with my friend. I didn't know how it had happened or why. All I knew was that I finally felt the kind of acceptance I'd been looking for, but I also felt overwhelming conviction. This was my most confusing time. I wanted to stop, but it was so new, and it felt so right. I thank God for the people he placed in my life at Multnomah Bible College, like my RA Brooke, and my friends Heidi, Emiko, Christa, Grace, and Pami that first tumultuous year, and in the years to come Heather, Tabitha, Sonny, Marcia, Sonja, Brooke, Allison and Celina who all showed me support (sometimes despite the odds), and provided me with a safe place to talk. (Yes, I am a name dropper! These people deserve a lot more credit and recognition than I can afford them here, but I want to try.)

I didn't question whether homosexuality was right or wrong. I knew it was sinful, but what I didn't know was how to get out. I didn't even know how I'd gotten in. I ended up getting suspended from Bible college, and taking my problems to a new Christian liberal arts college, where I found a new girlfriend, but also a lot of godly support. As I struggled through being in love and examining the steps leading up to it, I was also getting professional counseling from the college, accountability from my RD, and again, receiving heaps and mounds of support from committed friends. My suitemates, Amy and Lydia were a haven, and would let me express my struggles without making me feel awkward about it. Talking it out became the most normal thing in the world. Also my friends Jen, Brynn, Jenna and Jen Sco were just listening ears when I needed to voice my pain or thoughts. My time at Cornerstone College was one of the most healing I've spent among believers. It was also at Cornerstone that I met Kristal, who would be a friend for all seasons, that would walk intimately with me through not only the summer sunshine, but also the dead of winter and the springtimes of growth. Without these friends along the journey, I would not be where I am today, or who I am. Cornerstone was one year of my life, but it was a year that would forever alter the way I view myself and the world around me — for the better.

"I don't belong. I don't fit in. You don't really love me." Whether these were expressed verbally or not, they were my core values. No matter how much I received from God or others, I could not let myself believe that it was really true, that people actually loved me and wanted me around. Even when I felt I earned someone's affection or deserved it, I still would not let myself believe it was genuine. But all of that began to change as I met and grew to love the people I've mentioned. Also, being away from my family while I was at Cornerstone in Michigan, helped me begin to see just how much they did love the person I am becoming, frilly and prissy or not. (Thanks Mom, Dad, Jason & Megan!)

My life has begun to be much more about gratitude and blessings than anything else. For so long I was blinded to what I had, to what I'd been given. I was searching so hard for the perfect place, where I could be myself, unedited, uncut. I was looking for the perfect love, with no strings and no takebacks, and I didn't want to settle for anything less. I was longing for a person to be all of these things for me, looking for the face to put with the description. But Jesus was the only Name that even came close. As much as I love my family and friends, and as much as they've done for me, they can't be all I need. There is an end to human resource, and I wear them out with my intensity and my love of depth. Heck, I wear myself out! But Jesus' hands never reach capacity, and His feet never have too many people crowded around them. I can always go, day or night, put together or disheveled, toting baggage or light with joy. He wants to be with me, and I always have so much to tell him. I could bend a human ear, but I would only just get started and then someone would need a break. Jesus doesn't take coffee, cigarette or lunch breaks. And I love him for it.

In learning to be grateful for what I've been given in Christ and in human relationships, I've also had to trod the long and lonely road of forgiveness. For the longest blissful time, I was on the receiving end, just reaping and reaping the fruits of labor I had never really sown. God provided for me and protected me when I needed it most, and once my need lessened, He gave me some responsibility. I am still in the beginning stages of learning what it means to forgive. Being misunderstood is hard enough, but being the wounder instead of the wounded is a harder lot to bear responsibly. Learning to say "I'm sorry" and genuinely mean it does not come by me naturally. I still find myself feeling at times like I've taken so much crap, that I deserve to dish out a little, without consequence. But it isn't so. God calls us all to love with 1 Corinthians 13 love, regardless of the past or how we feel. This is my aim. God continues to bring new challenges in relationship, and new healing right along with it.

My prayer is that I will be faithful with what I've been given, and that God will pour patience over the heads of the folks I'm rubbing shoulders with. It's a long journey yet, and I don't know what's ahead. All I can do is walk forward in the truth — that I do belong, right here, and right now.