More Stories
I can still remember my thoughts after I moved to Portland: How do I introduce myself? Who am I if I don’t have a title? What do I do if I’m not serving anyone? What if I have to explain why I’m at Portland Fellowship? Little did I know this was only the beginning of God destroying my false beliefs about my life and who I am in Christ. 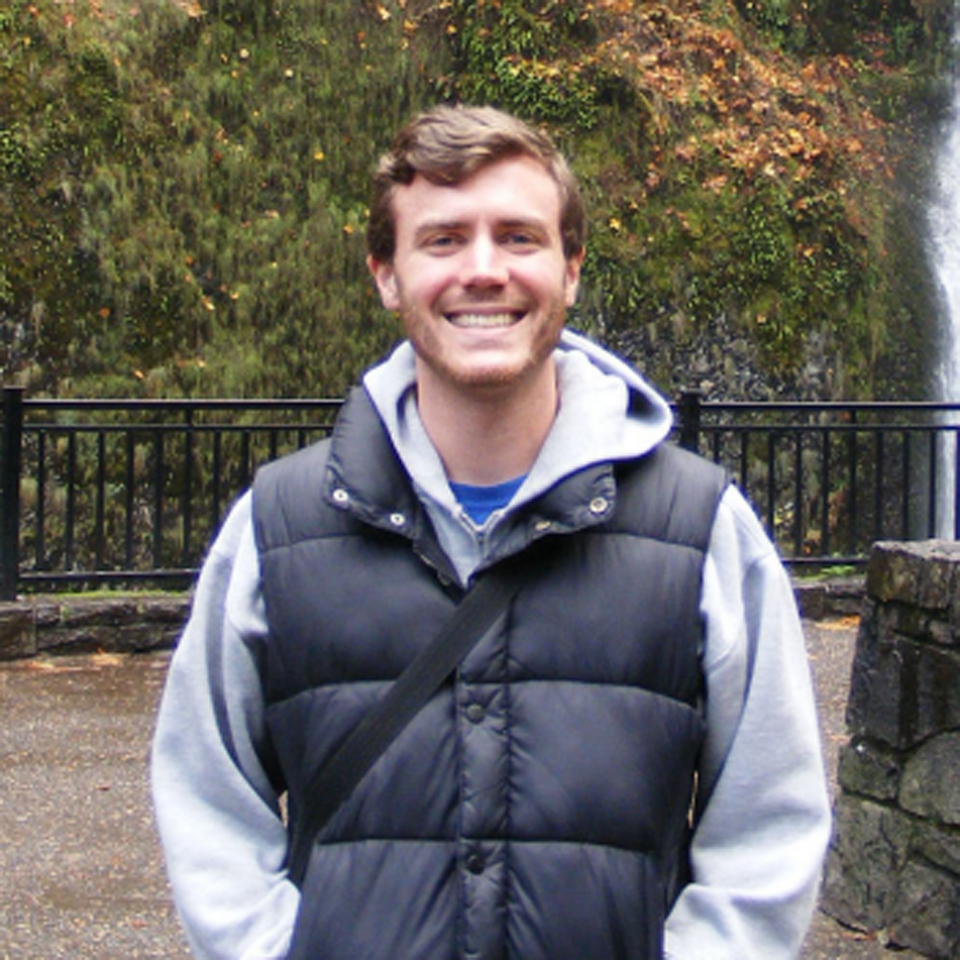 I have struggled with my sense of identity for as long as I can remember. One of the biggest factors in this confusion has been interactions with other guys. Growing up, there were several key points in my development where other boys ridiculed me and rejected me. As a sensitive boy who already had some effeminate mannerisms, this only made me even more insecure in my identity as a male. Wondering why my friends rejected me, I wondered if God had made a mistake and I should’ve been a girl instead (after all, that’s what the neighborhood boys said I was).

Thankfully, by God’s grace I concluded that I was supposed to be a boy, but deep down I believed the lie that something was wrong with me, that I wasn’t good enough to be included by other boys.

In my adolescent years, I was searching for older males to affirm me as a young man, as I hadn’t received that affirmation from my peers. Insults like “gay,” “fag,” and “homo” were hurtful and confusing. Why are they calling me that? I don’t want to date boys. While insecure in my own masculinity, a brief sexual experience with an older boy confused me even further, and my desire for acceptance and affirmation from other males turned into sexual fantasies about men. At the same time, I was still interested in relationships with girls, and having grown up in the church, I knew homosexuality was a sin. What was I to do? Like any well-intentioned sinful human, I began doing more good things in order to avoid my internal struggles.

Though I grew up in the church and heard the Gospel many times, I began living out a half-gospel, where I lived like I was under the law instead of under grace. I thrived on helping other people and discovering I had many gifts with which I could serve the church. Instead of letting Christ transform me and my service being an outflow of His love and grace, I was serving with a hunger to be affirmed and accepted. Serving became my identity, my way of life—I was the textbook example of a multi-tasking, over-committed, life-without-boundaries Christian. While this looks good on the outside, inside I was dry and frustrated with not having any solid peer group of Christian brothers to connect with. Many times I ended up resenting the very people I had so passionately signed up to serve, but I couldn’t step down from those commitments because I had placed too much of my identity in them. I’m good at serving. People affirm me when I do well. I’m making a difference. Service itself isn’t bad (it’s very good), but I had become so committed to saying yes to everyone else that I began to believe the lies that my needs weren’t important and that other people’s needs were more important than mine.

Occasionally my homosexual struggle would rear its head, but I was so entrenched in the Christian ministry world that I had deceived myself with yet another half-truth: that my homosexual struggle was “not my identity.” While I’m extremely grateful the Lord protected me from adopting a gay identity and lifestyle, my refusal to admit that I was struggling put me in a very vulnerable place. I was still craving male affirmation, and though I was participating in men’s groups and Bible studies, I wasn’t openly addressing my homosexual temptations. It took me almost having a sexual fall with another man while serving overseas for the Lord to confront me on my struggle. I can remember the Holy Spirit whispering in my ear: “This is not who you are. You can go down this road, but it will destroy everything you’ve been working for and dreaming of. You can choose death, or you can choose life.” I was extremely convicted, and shortly thereafter I confessed to my leader how badly I was struggling. It was the hardest thing I’ve ever had to do, because I knew it meant there was no going back—no more hiding in the darkness, no more pretending to be perfect, no more covering up my struggle. I was terrified, but I knew it was what the Lord was asking me to do, and I knew that if He could give me the strength to resist temptation, He would give me the strength to walk in obedience.

The year following my confession was one of the hardest years of my life. There were many days when I had to talk about my struggle everything in me wanted to push it aside and continue doing missionary work as if nothing had happened. One verse I clung to during that time was John 8:32—”You shall know the truth, and the truth shall set you free.” I knew I had to continue telling the truth about my brokenness, and although I literally could not see how, I trusted that God would use my honesty and set me free.

Through the painful process of accountability and counseling, the Lord led me to Portland Fellowship. For the first time in a long time, I decided to do something for me, regardless of what other people thought I should do. Surrendering the identity of missionary was incredibly  difficult, but I began discovering the new identity in Christ that God had for me all along. God has been so faithful to show me Scriptures that tell me who I am in Christ: I am “fearfully and wonderfully made” (Psalm 139:14). I am “precious and honored” in His sight (Isaiah 43:4) and His unfailing love for me will never be shaken (Isaiah 54:10). It's so freeing to rest in the truth that my worth is found in who I am in Jesus, not in what I do.

Before coming to PF, I knew there were areas of my faith where I had some doubts and anger towards God, and here I’ve had to confront many of those. God continues to prove He is my father, my provider, my friend, my counselor and my comforter. I remember a key moment during the Upper Room Community where I was condemning myself for my past, and I had to receive God's forgiveness for me personally. This was a huge step and for maybe the first time I was able to truly understand more of God’s grace: “But God demonstrates his own love for us in this: While we were still sinners, Christ died for us” (Romans 5:8). For so long, I had lived as though I could earn God’s favor or somehow be good enough to cover up my homosexual sin. Praise God that I don’t have to—He already paid the price! I know if it wasn’t for Him, I could very well have succumbed to the powerful temptations of sexual sin. Though there are times when the world seems to shout the message of “do what you want”, God’s Word reminds me of the truth: “No discipline seems pleasant at the time, but painful. Later on, however, it produces a harvest of righteousness and peace for those who have been trained by it” (Hebrews 12:11). I’m thankful that even though it's hard work surrendering my sexuality to the Lord, it's worth it, and my identity is secure in Him.

“Or do you not know that the unrighteous will not inherit the kingdom of God? Do not be deceived: neither the sexually immoral, nor idolaters, nor adulterers, nor men who practice homosexuality, nor thieves, nor the greedy, nor drunkards, nor revilers, nor swindlers will inherit the kingdom of God. And such were some of you. But you were washed, you were sanctified, you were justified in the name of the Lord Jesus Christ and by the Spirit of our God.” (1 Corinthians 6:9-11)