It Takes a Village

More Stories
"It takes a village to raise a child" has been heard and repeated in the arenas of education, politics and religion. In my own life, however, the truth of this simple recitation has been made powerfully manifest as I've struggled to overcome same-sex attraction. 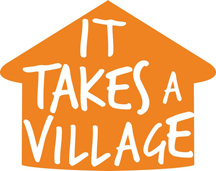 This testimony will not describe how I found myself attracted to men. For even though the details of my story are different from those of others, the cause of my homosexual condition is the same as for most homosexual men. The main cause was the absence of a nurturing relationship with my father, a person desperately needed to bond with in order to form a strong masculine identity and gain a healthy sexuality. Rather, the story I would like to tell is about how God brought healing into my life by restoring this masculinity and by helping me attain a healthy sexuality. He did this by introducing me to the members of His village, the church. It was through the relationships with people in the church that I found healing.

The first and most important member of God's village I met was God himself. Jesus became my savior when I was 21. It was in a relationship with Him that I realized I was deeply loved and totally accepted and that my deepest sins were forgiven. It was through the power of His indwelling Holy Spirit that I realized God had given me the power to overcome this awful temptation of same-sex attraction, that the chains that bound my behavior and the satanic lies that influenced my thinking no longer had dictatorial power over me, as I related to Him and to other people.

Jesus quickly introduced me to the other members of the village. It was through the many saints in the church that the truths of God's Word and the sweet fellowship of believers influenced my thinking and behavior. It was here in these relationships that God started building a foundation for the rebuilding of my masculine identity and sexual brokenness. Here I found people who worshipped the same God.

It was here that He fulfilled my deep desire for belonging. I no longer needed to act out to fulfill this deep need for belonging in my life. More importantly, it was here in the church that I found a code of conduct among the saints that was important for me to uphold. I wanted to live a holy life, and if I did not, God's Holy Spirit would nail me, and indeed did on many occasions. It was also here that I experienced God's forgiveness through other believers as I learned to relate to them on a daily basis.

Because of the deep and complicated nature of my problem I was encouraged by the villagers in the church to seek the counsel of someone who was more specialized in dealing with the healing of homosexuality. I started meeting with Dr. Earl Wilson on a regular basis. In meetings with this villager who specialized in counseling people with same-sex attraction, God's incarnate love was revealed. In listening to and helping me work through my many problems and issues, Earl became the father figure I never had. God worked through Earl and his counseling skills to challenge my false beliefs about myself and my sexuality. It was through Earl, a caring and nurturing villager, that God fulfilled one of my deepest needs, a bonding relationship with an older wiser, male figure; a dad.

In his wisdom Earl advised me to seek out other villagers who were dealing with the same issues that I was. He pointed me to the believers at The Portland Fellowship. It was there that I found a courageous group of men and women who were struggling to overcome homosexuality. Earl had labeled them as "fighters," and indeed after spending a couple of years associating with these fellow villagers I found this label valid. Through PF's (The Portland Fellowship) teaching series "Living Waters" and "Taking Back Ground," God waged a war against Satan and his lies in the lives of these villagers. At PF these warriors were finding freedom from their false beliefs and sinful habits. I had joined their ranks. It was here that I found support and encouragement as I too entered into the battle. God brought some of His most significant healing into my life at this time as I learned about the patterns that created my same- sex attraction. Here, He taught me some healthy and practical ways.

I could fulfill my needs as a struggler with homosexuality. It was in the midst of the believers at PF that I saw real hope that God could and indeed would establish in me a secure masculine identity and redirect my sexual orientation. It was here among these fellow fighters that I came to realize that God had so much more for my life. While attending the weekly meetings at PF I was encouraged to develop healthy relationships with the men who attended my home church. The leadership at PF encouraged this because I (like many homosexual men) did not believe myself to be truly masculine. I needed to see myself as I really was, a man among many men. It was within the body of believers at large that I needed to see and experience healthy relationships with men to challenge this false belief I had held about myself for so long. At the time, my home church did not have small groups for men, so I began my own group with some men I had met there. It was here among the men of the village that I came to realize that I was a man just like all of them.... I was just like all the other guys. Even though my struggle was with the sin of same-sex attraction, I was not any different than a man who had a struggle with some other sinful habit. I could encourage and pray for them and they could encourage and pray for me in these relationships of accountability. It was through establishing healthy relationships with these men that God helped me see myself as a man not only in theory but in practice.

Little did I know that establishing healthy relationships with men was the predecessor to establishing healthy relationships with women. In my counseling sessions with Earl and through time spent at The Portland Fellowship, God had planted a seed in my mind that one day He might call me to marriage. I took this message to heart, and I prayed toward that end. God eventually fulfilled this calling by bringing a special woman by the name of Marie into my life. Through our time together we both realized that God was fulfilling His calling in our lives to be married. On July 25, 1998, Marie and I were wed. Through a relationship with this special villager God had continued his healing in my life by bringing me to a spot where I could commit to a relationship with her for a lifetime. God continues to sharpen and establish me as a man as I relate to her as a woman. Even now God continues his healing work in my life. Marie and I are expecting our first child in June. With the arrival of this little villager God will continue to change me (dramatically, so I have heard). I am committed to being a good father to this little one. I want to be the father that I never had. Other villagers have told me that becoming a dad is one of the greatest events that God uses to further heal someone who has struggled with homosexuality.

Throughout this healing process, God has even helped me reestablish a relationship with my own father. I have come to understand and realistically accept who he is as a fellow human being. In this relationship I can now honor my dad in a godly way even though his shortcomings (like all of our shortcomings) are apparent.

Some villagers who have fought against and overcome same-sex attraction have told me they are thankful that God has allowed this battle to be fought in their lives. They say it has made them better and indeed more authentic men and women because they are no longer dependent on their earthly fathers or mothers for love, acceptance, or a true sense of their masculinity or femininity. They now receive all of this from their heavenly Father. To be honest with you I am not to the point where I can say I am thankful for my past condition... for at times the temptations still remain. Like everyone else, I am still under construction.

What I am thankful for, however, is the process God has used to bring me to this point of healing. I am thankful for the constant need to connect with my heavenly Father who continually confirms in me His truths through his Word, through his indwelling Holy Spirit, through Marie my wife, through relationships with the people of His church, and through my relationship with Him as my true Father. I am thankful for the many villagers He has used to reestablish in my life the plan he had intended from the beginning....to develop in me a strong masculine identity and a healthy sexuality. Indeed for all of this healing to have occurred in my life it has taken a village, and it is for this that I am eternally thankful.